Uniswap is a decentralized finance (DeFi) protocol that allows users to exchange cryptocurrencies on the Ethereum blockchain. It was launched in November 2018 by Hayden Adams, a software engineer and entrepreneur, and has since become one of the most popular DeFi protocols in the world.

One of the key features of Uniswap is that it is a decentralized exchange, meaning it is not controlled by a central authority or organization. Instead, it is powered by smart contracts, which are self-executing contracts with the terms of the agreement between buyer and seller being directly written into lines of code. This allows for trustless, peer-to-peer trading without the need for a third party to facilitate the transaction.

The price of the exchange is determined by a formula known as the constant product formula, which takes into account the ratio of the two cryptocurrencies being traded and the total value of the liquidity pool. This formula helps to ensure that the exchange rate remains stable and that there is always sufficient liquidity for trades to take place.

One of the main advantages of Uniswap is that it is non-custodial, meaning that users are in control of their own assets at all times. When using traditional centralized exchanges, users must transfer their assets to the exchange, which then becomes the custodian of those assets. This can be a security risk, as centralized exchanges have been known to be hacked and user funds stolen. With Uniswap, users retain control of their assets and can trade them directly from their own wallets.

Another advantage of Uniswap is that it is accessible to anyone with an Ethereum wallet and an internet connection. Unlike traditional exchanges, which often have strict KYC (Know Your Customer) and AML (Anti-Money Laundering) requirements, Uniswap does not require users to go through a lengthy verification process. This makes it easy for anyone to start trading on the platform, regardless of their location or financial status. 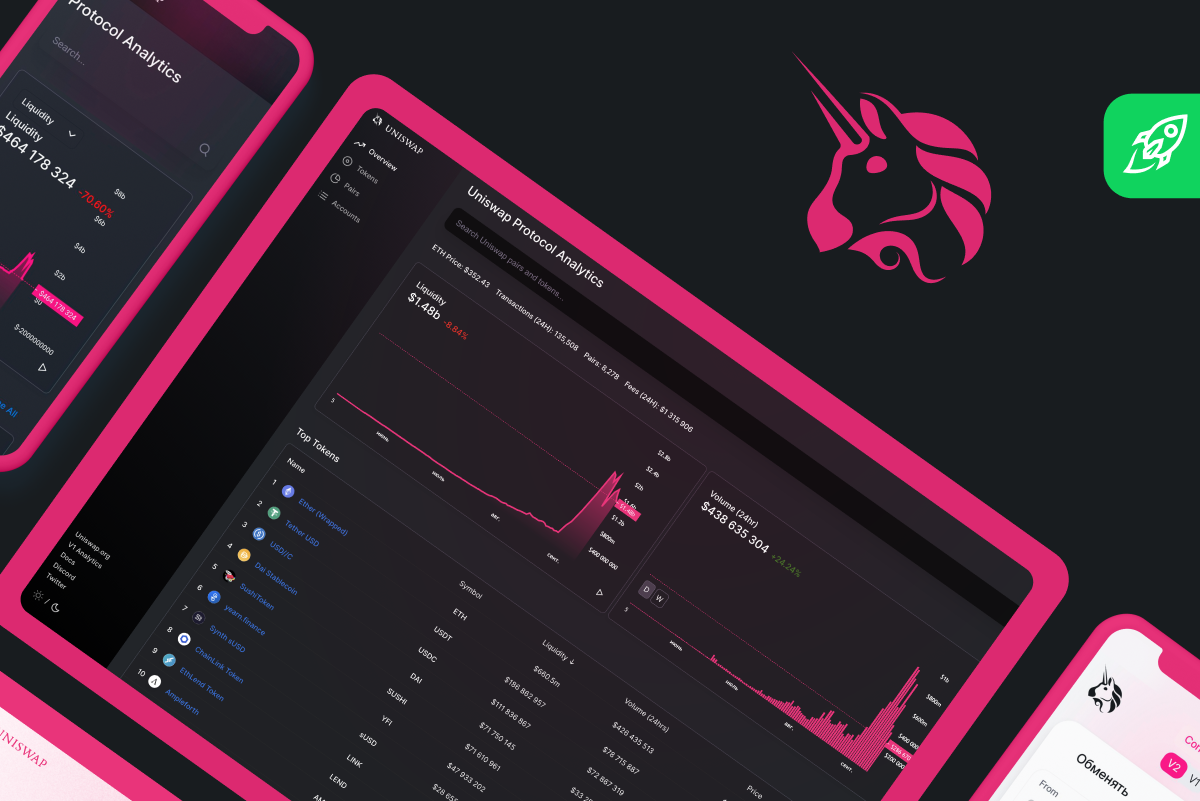 Uniswap has also played a key role in the growth of the DeFi sector as a whole. It has helped to bring new users into the DeFi ecosystem and has provided a platform for the development of new decentralized applications (DApps). Many of the popular DeFi projects today, such as Compound and Maker, have been built on top of the Uniswap protocol.

Despite its many benefits, Uniswap is not without its drawbacks. One of the main concerns is the issue of liquidity. While the constant product formula helps to ensure that there is always liquidity available, the size of the liquidity pool can vary significantly depending on the popularity of the particular cryptocurrency pair being traded. This can lead to wide price spreads and difficulty finding buyers or sellers for certain pairs.

Another issue is the lack of regulation in the DeFi sector. As a decentralized exchange, Uniswap is not subject to the same regulatory oversight as traditional exchanges. This can make it a more risky place to trade, as there is no central authority to protect users in the event of a hack or other security breach.

Despite these challenges, Uniswap has proven to be a popular and innovative platform that has helped to drive the growth of the DeFi sector. Its non-custodial, decentralized model has attracted a large number of users and has provided a platform for the development of new and innovative projects.

The UNI token has become a highly sought-after asset, with its value reaching an all-time high of over $40 in October 2021. The value of the token is closely tied to the success of the Uniswap platform, and it has been seen as a way for users to benefit from the growth of the DeFi sector.

In addition to liquidity mining, Uniswap has also introduced a number of other features that have helped to make it a popular platform for DeFi users. These include the ability to earn interest on idle assets through the Uniswap Savings program, and the introduction of flash loans, which allow users to borrow large amounts of cryptocurrency without collateral.

Despite its success, Uniswap faces stiff competition from other DeFi protocols such as Sushiswap and Balancer. These platforms offer similar features and have gained a significant user base of their own. However, Uniswap remains the dominant player in the DeFi sector and is widely seen as a pioneer in the space.

In conclusion, Uniswap is a decentralized exchange protocol that has played a key role in the growth of the DeFi sector. Its decentralized, non-custodial model has attracted a large number of users and has provided a platform for the development of new and innovative projects. While it faces competition from other DeFi protocols, Uniswap remains the dominant player in the sector and is widely seen as a pioneer in the space.