Binance was founded in 2017 by Changpeng Zhao, a software developer and entrepreneur who had previously worked on high-frequency trading systems for traditional financial markets. Binance quickly gained popularity due to its fast and efficient trading platform, which was able to handle a large volume of trades with low fees.

BNB was initially launched as an ERC-20 token on the Ethereum blockchain, but was later migrated to Binance’s own blockchain, Binance Chain. The main use case for BNB is as a utility token for the Binance platform, allowing users to pay for fees on the exchange with a discount. The discount rate decreases over time, but as of 2021, BNB holders can still receive a 25% discount on trading fees when they use BNB to pay for them. 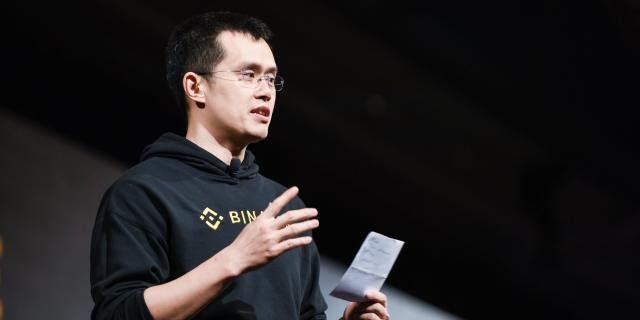 In addition to being used as a utility token on Binance, BNB has also been integrated into a number of other platforms and services. These include payment processors, online marketplaces, and decentralized finance (DeFi) protocols. BNB has also been used as collateral for stablecoins and has been listed on a number of major cryptocurrency exchanges.

One of the key features of BNB is its use in Binance’s “Initial Exchange Offering” (IEO) process. IEOs are a form of crowdfunding in which a new cryptocurrency project raises funds by selling tokens on a cryptocurrency exchange. Binance has become one of the leading platforms for IEOs, and BNB is often used as the primary currency for these offerings. This has helped to drive demand for BNB and has contributed to its price appreciation over time.

BNB has also been used as a fundraising tool for charitable causes. In 2020, Binance launched the “Blockchain Charity Foundation” (BCF), a non-profit organization that uses blockchain technology to improve transparency and efficiency in charitable giving. BNB is used as the primary currency for donations to BCF, and the organization has raised millions of dollars through BNB donations.

Despite its success, BNB is not without controversy. Some critics have raised concerns about the centralization of BNB and the influence of Binance on the cryptocurrency market. Binance has also faced regulatory scrutiny in various jurisdictions, and there have been concerns about the lack of transparency in some of its business practices.

Looking to the future, it is difficult to predict exactly what the role of BNB will be in the broader cryptocurrency market. However, given its current use cases and the continued growth of Binance, it is likely that BNB will continue to be a significant player in the cryptocurrency space. With its strong brand recognition, utility on the Binance platform, and integration into a number of other platforms and services, BNB has the potential to become a widely-used and important cryptocurrency in the coming years.

One potential avenue for growth for BNB is in the DeFi space. Decentralized finance is a rapidly growing sector of the cryptocurrency market, and BNB has already been integrated into a number of DeFi protocols. By leveraging its utility as a payment and settlement token, BNB could potentially become a key player in the DeFi ecosystem.

Another area where BNB could potentially grow is in the gaming industry. Binance has already made moves in this direction, partnering with major gaming companies and launching the “Binance Arcade” platform, which allows users to earn BNB by playing games. As the adoption of cryptocurrency in the gaming industry continues to grow, BNB could potentially become a popular choice for in-game purchases and other transactions.

In conclusion, BNB is a cryptocurrency that has been developed and is used by the major cryptocurrency exchange Binance. It serves as a utility token on the Binance platform, allowing users to pay for fees with a discount, and has also been integrated into a number of other platforms and services. BNB has been used in Binance’s IEO process and as a fundraising tool for charitable causes, and has gained significant value over time. While there have been concerns about the centralization of BNB and the influence of Binance on the cryptocurrency market, it remains a significant player in the space and has the potential to continue to grow in the future.